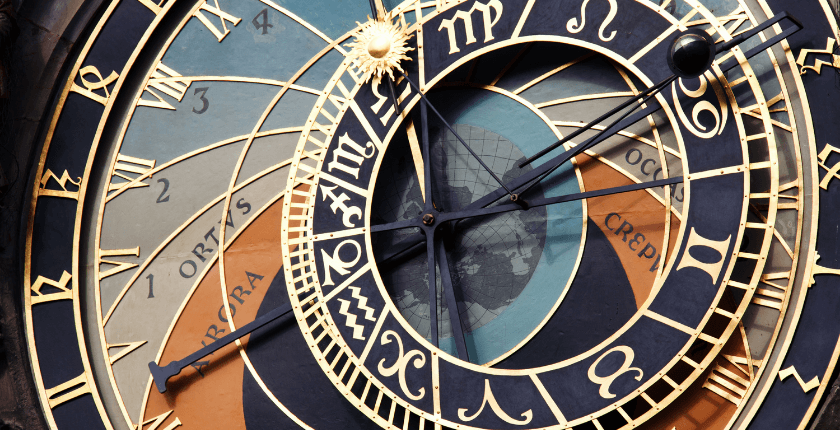 How many times do we check time in a day? We work according to our timetable. So days, months, and years passed in the same way. Has this question ever come to your curious mind about why there are sixty seconds in one minute? Why is one hour of sixty minutes? Why can it not be more or less than this? And why does one day has twenty-four hours? Who finalized this time-division?

You will get answers to all these questions in this article.

Why does one day have twenty-four hours?

My curious fellows! The credit for distributing one day into twenty-four hours goes to ancient Egyptians. They divided day time into 10 hours, measured with devices such as shadow clocks, and added a twilight hour at the beginning and another at the end of the daytime.

In this way, they divided a day into twelve hours. So now you know what is this shadow clock and how it works? To know this, we are back moving to the era when there was no invention of the clock. That was three thousand years ago when Egyptians started using shadow clocks known as sundials to divide a day into so many small parts.

This is a sundial, you see on screen. That was once used for estimating time. You can also imagine it as an earlier form of clock. As far as the question is concerned, how was it used to find the time?

So, there is a straightforward thing behind this question that you can easily understand if you consider it.

That is this while standing under the sun, and you may observe that your shadow becomes long for some time, and sometimes it becomes short. So, this is the science of sundial. Ancient Egyptians estimated time by measuring the length of shadow using sundials.

Ancient Greeks have a system consisting of 36 stars known as Decans. Like sun stars also move in the sky as time passes. Egyptians told about nighttime by seeing the location of stars in the sky. For observation of Decans, Egyptians had specially prepared tables which they usually engraved on the coffin’s cover.

What is the difference between AM and PM?

All mechanical clocks showed 24 hours in starts. So the clock you see on screen is the form in which early clocks were prepared. But with time, clockmakers have realized that if they make clocks of twelve hours, it will be more accessible and cheap—twelve hours for the day and twelve for the night. To differentiate between day and night, AM and PM were started being used.

AM and PM are Latin words used to refer to time. In English, these terms started to use in the seventh century. AM means ante meridiem is for before mid-day, before 12 in a day. And PM means post meridiem is for time mid-day,

In this way, the cycle of time goes on. But, the clock of 12 hours is not as easy as you think. Even now, the 24-hour clock is mainly used in the world. Because the countries we know the most include New Zeeland, America, England, Australia, Pakistan, and India. People usually use a 12-hour clock. That’s why we think people use this clock mostly, but the reality is the opposite.

Now, 24 hours clocks are primarily used in the world. For example, 24 hours round the clock is mainly used in Germany, France, Romania, Vietnam.

So, let’s move to our next question. Why is one hour of sixty minutes?

Why is one hour of sixty minutes?

We use the decimal system on a huge scale in this modern world. And its base is ten (10). Nowadays, the decimal number system is considered very easy. Because our fingers are also ten, counting numbers is easier with this system. Therefore, we can easily count numbers on our fingers.

So this division of sixty minutes is based on this sexagesimal. Babylonians did this division. Babylonia is a state of ancient Mesopotamia. And Babylonian city inhabited where today Iraq is located.

So those people, by using a sexagesimal system of base 60 divided one hour into sixty months. They did this because they could easily divide into many numbers.

That’s why Babylonians used the base of sixty and divided one hour into sixty minutes and then one minute into sixty seconds. So that 24 hours of the day can be easily divided into different parts. And there will be easiness while noting the time.

So, how did you find this simple information? Please tell us in the comment section.