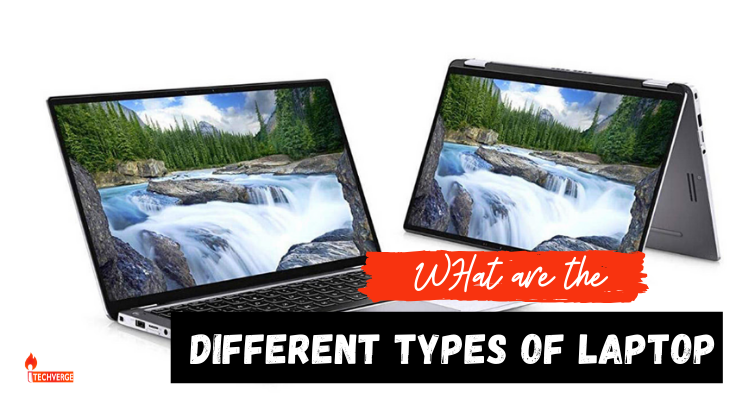 What are the different Types of Laptops?

The world has been revolutionized by technology. Instead of family and friends accompanying people, we see gadgets. The machines are carried by them as well. Indeed, these gadgets have become our essentials. And with these advancements, laptops are emerging in many types. For instance, you can have a 2 in 1 laptop, which is convertible, and also some tablets work as laptops.

So, there are many types of laptops, and every model comes with distinct features. It also depends upon the buyer that of which category of the computer he wants to have. Let’s head towards a few types of laptops.

WHAT IS A GAMING LAPTOP?

Gaming laptops are not like the normal ones because they are more substantial. Do not go for a gaming laptop if you are not a gaming freak and you are planning to do some other tasks like programming and photoshop on it because it is pretty challenging to carry a gaming beast with you all around.

Gaming laptops are built with high-end perfection, and they have comparatively smooth performing capability than the typical laptops. Gaming laptops have a built-in cooling system and high-speed fans. Gaming laptops come with a dedicated graphics chipset with extraordinary visuals.

The most common kind of laptop nowadays is the two-in-one model. These convertible laptops are convenient because you can use them as laptops and tablets. They are also very portable and user-friendly.

Unlike other laptops, convertible laptops have touchscreens, which can be turned 180 degrees.

Convertible laptops have a keyboard built into the computer and can not be detached. But while converting it into tablet mode, the keyboard appears on the screen. There are also 2-in-1 laptops that allow the detachment of the keyboard to use the tablet solely. These laptops require a physical keyboard.

2-in-1 laptops, which are more used in tablet mode, come with a robust operating system like Chrome. OS is packed with efficient multi-cores. These laptops have an excellent battery span also.

WHAT IS THE DIFFERENCE BETWEEN A CHROMEBOOK AND A LAPTOP?

The most significant difference between a Chromebook and a laptop is the operating system. Chromebook operates Chrome operating system, which is based on Linux. You can also run some of the Android applications on a Chromebook. At the same time, a laptop works Windows OS, which runs Microsoft Windows 10 on a computer. You can download multiple software of your choice.

A laptop and a Chromebook come with many standard specifications. Still, a visible difference is the dedicated search keyboard key in a Chromebook and the Windows key and Cortana in a laptop.

Internally, the most significant and primary difference is the central processing unit. Chromebooks usually come with a low-performing Intel Atom Chip. In contrast, a Windows laptop is generally packed with powerful Intel or AMD chips.

Laptops are coming in a wide range of varieties, and every device has its pros and cons. You have to decide what your requirements are and which laptop will be suitable for you. Thank you.

Itechverge.com is a participant in the Amazon Services LLC Associates Program, an affiliate advertising program which helps us earn small commission when you buy a product from our affiliate link.